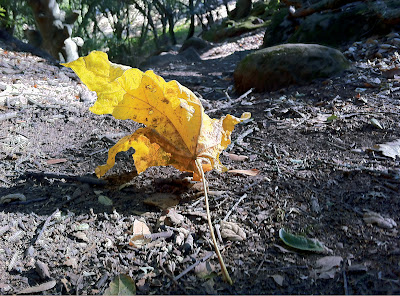 I had grand plans for Saturday's hike.  I was going to take a hard trip through the Las Trampas Wilderness with a climb to their version of Eagle Peak.  I was all set, ready to rock and roll right up to the point where I drove up to a police roadblock on Bollinger Canyon Road, the only way to reach the Bollinger Canyon Staging area where I would start from.  Some mild (ok a lot an not so mild) profanity later I was back on the freeway heading toward Livermore and a hike at Morgan Territory Regional Preserve. 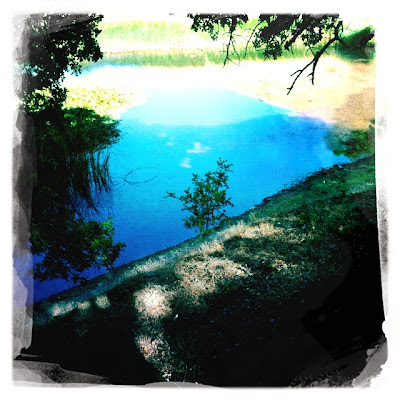 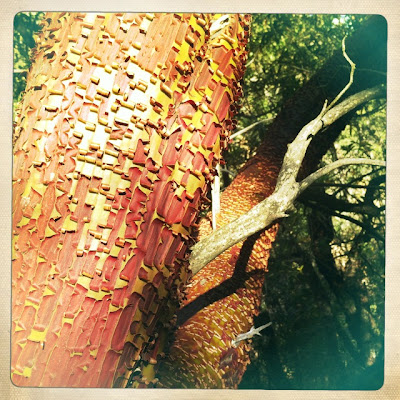 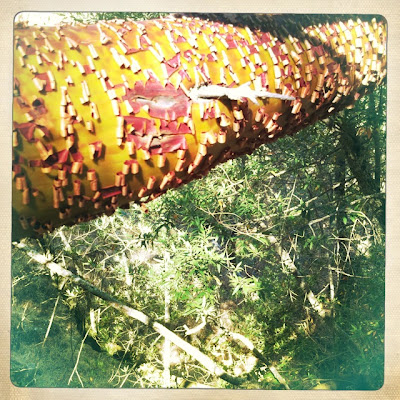 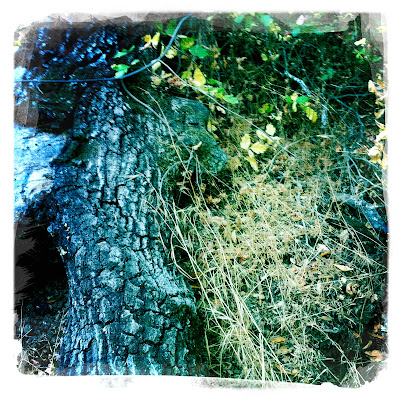 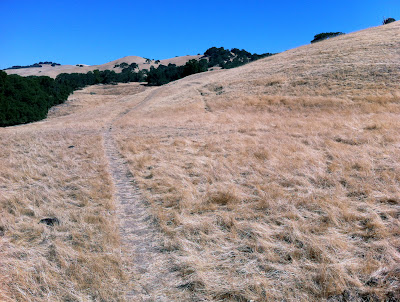 Truth be told Morgan Territory is probably my favorite place to hike.  When I need to get away for some alone time the solitude and quiet the miles of trails winding through the hills and grasslands call.  I have made lots of hikes there and had covered just about all the trails in the park, except for one swath in the middle of the park.  So with three liters of water and some Gatorade I headed out for a loop to capture the middle trails of the park. 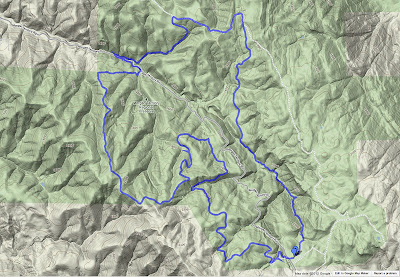 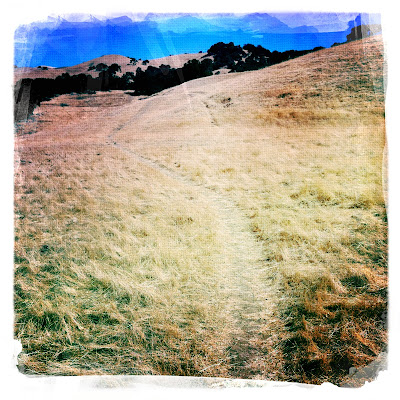 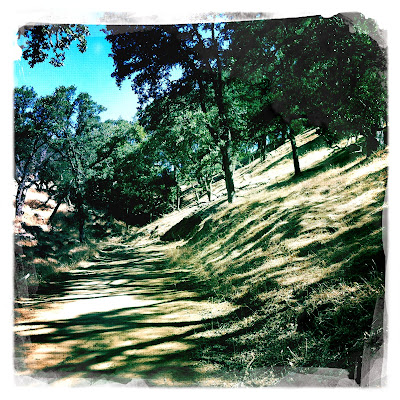 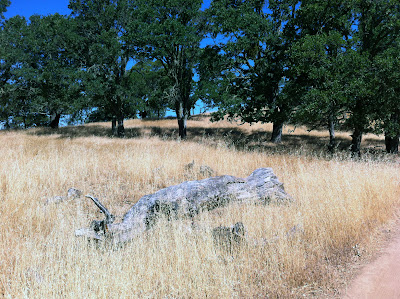 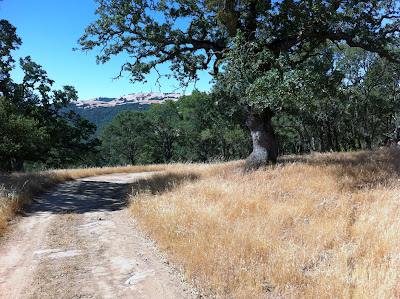 Hike is great, you can make it your trek as long or as short as you want by adding connecting trails or taking shortcuts through them.  I decided I would make as big a loop as I could through the middle of the park that I had not explored yet.  I started out on the familiar Coyote Trail taking the Stone Corral Trail connector.   At the point where I would normally turn east onto Volvon Trail I made a left heading west onto Eagle trail near the parks top boundary. 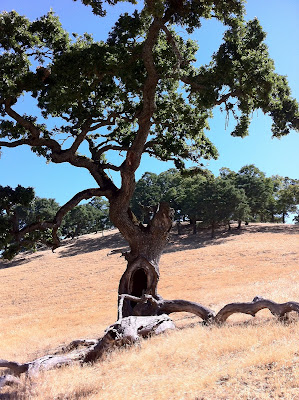 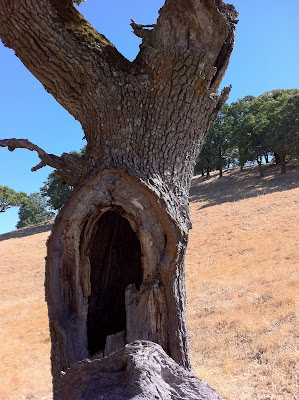 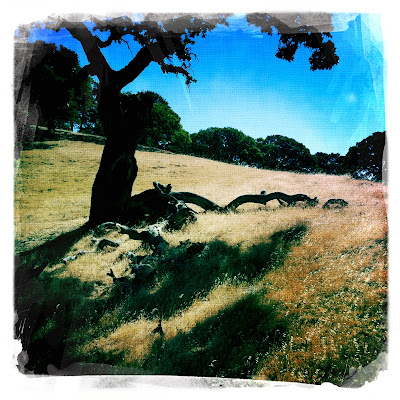 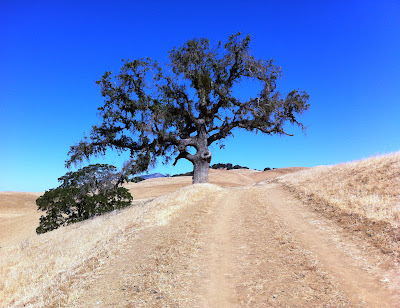 I would then hook Bay Creek trail, cross Morgan Territory Road, swing west again onto Raven Trail, and then south climbing up along the hills to the Highland Ridge Trail.  This would lead me to a backpackers camp where I would pick up Clyma Trail for the return decent to the parking lot.  Roughly it is just under 10 miles with about 2,500 feet of climbing along ridge lines. 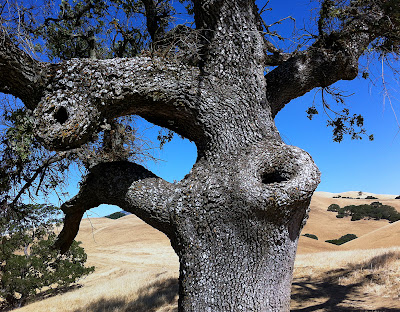 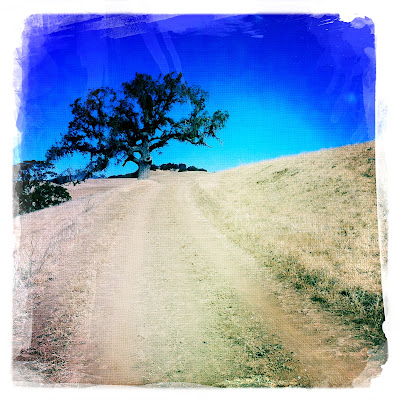 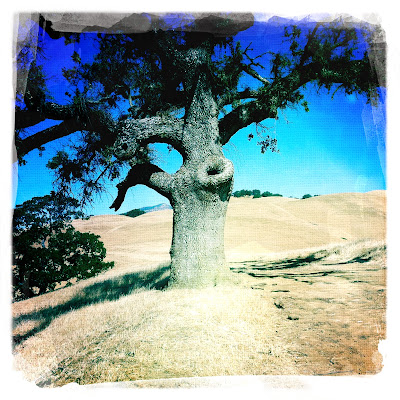 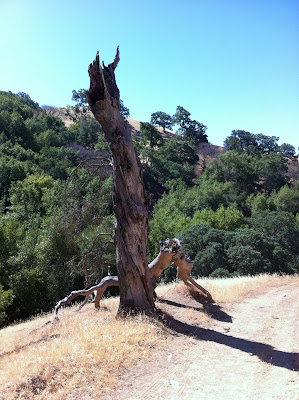 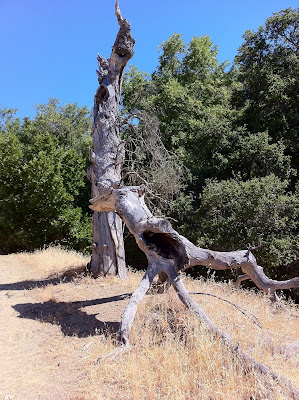 If you describe the popular trails at Morgan Territory as remote then the path I took would be desolate.  Not even the cows graze along these trails.  A few trees springs up along the trail side but mostly it is miles of grasslands and hills.  Steep hills.  I trudge along with the only sounds my feet crunching in the loose rock and dirt and the wind whipping across the hills.  I'm not sure what they were but tiny bugs looking like crickets hopped across the trail.  Every now and then I would a hit as the crickets hopped frantically on my path, there must have been hundreds of them if not thousands.  I could hear as they hit the dead leaves laying on the trail, a continuous rustle of leaves around me. 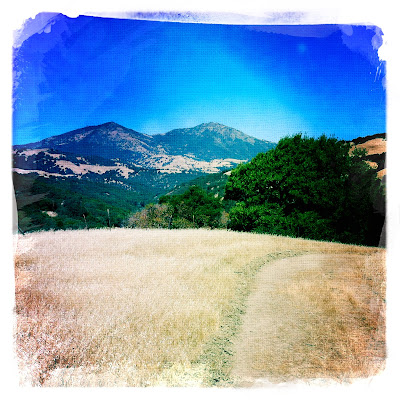 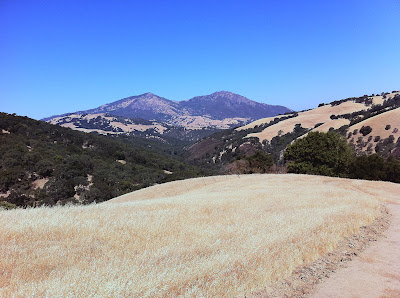 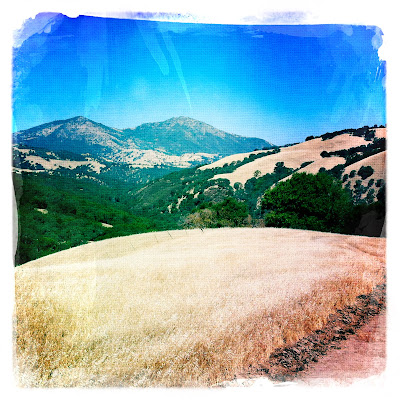 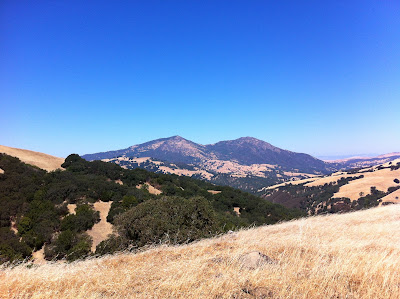 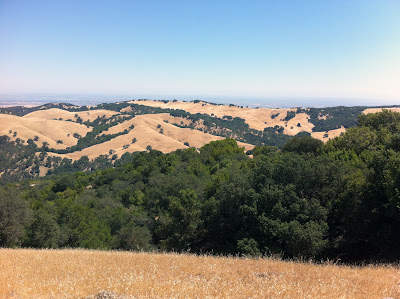 The weather was warm and the breeze had a hot tinge as it swept across the trail.  I stopped a few times under the sparse tree shade and admire the view.  The one good thing about ridge line hikes is they afford magnificent views.  Nearby Mount Diablo dominated the landscape and the sky was clear enough where I could easily make out the summit building I hiked to a few weeks ago. 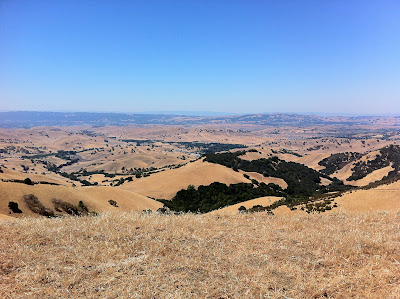 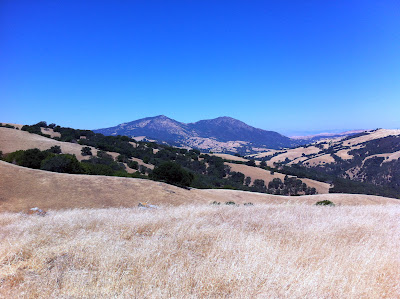 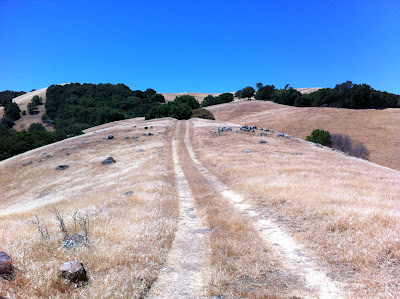 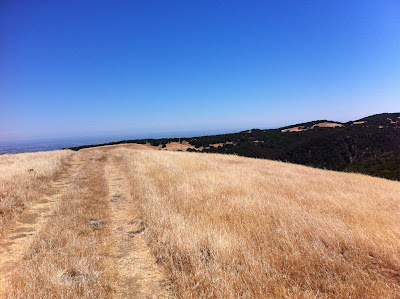 I did have one brief companion on the trail, another coyote paid me a visit.  He entered the trail ahead of me and trotted along glancing back at me occasionally as he made his way along up the hill.  I lost sight of him at a cattle gate as i think he headed down the hill for relief from the midday sun in the shade.  Maybe he was the smart one.  I was on the verge of getting a little overheated but sipping water and the Gatorade along with a couple of breaks kept me from getting sick on the sun-baked trail. 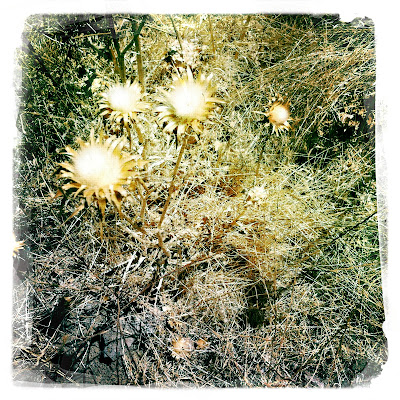 Finally after about 4 1/2 hours I could see the parking lot below me.  I had the only car there, a good sign that maybe the smarter hikers were waiting for cooler weather.  All things considered it was a good hike.  I had to climb a few locked fire trail gates, a few missteps in the navigation but for a day that began with a failed hike attempt it ended with me polishing off the last section of my favorite place to hike.  it feels good to know I have explored almost all of Morgan Territory's rugged beauty.  I will shelve my hike at Las Trampas, I have so many trails nearby to explore.  What comes next, now that is a good question.
Posted by Glenn Moore at 9:20 PM