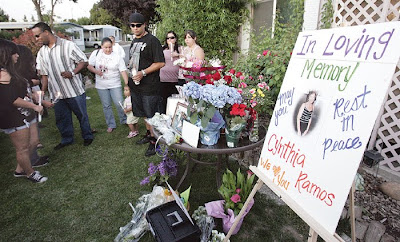 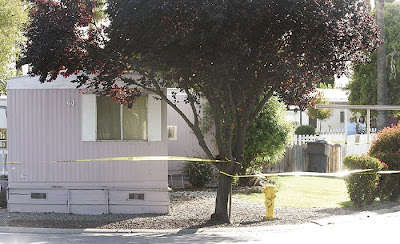 Now I am the first to admit that I could live without the media circus that set up tents in Tracy to cover the Sandra Cantu murder case. The wall-to-wall journalist scene pushing and shoving to get up front for interviews was at best annoying and at its worst painted a poor picture of journalists no better than vultures descending on the grieving remains of our town. It was sickening and try as I might I was a part of that show. Sometimes there is a need, the story must be told. 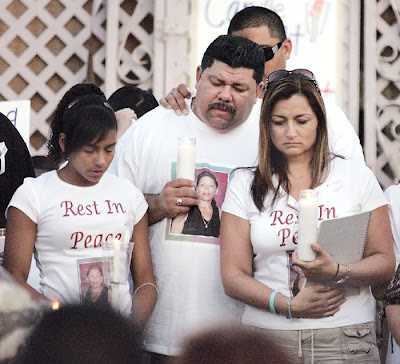 Now when the newsroom police scanner alerted to a 187 at the mobile home park at 2929 north Macarthur I knew what was in store. Our second murder of the year was sure to bring those same scenes. Police tape, confusion and the eventually hordes of media to cover the scene. Odd thing was it didn’t happen that way. Standing outside the police tape viewing the scene I was the only newspaper photographer. Times are tough, budgets are small and newsroom staffs dwindle on a daily basis but I expected to bump elbows with at least a few other reporters. Only one television station that had been working on a story in Lathrop showed up in the first few hours. Late in the evening one or two television crews made a live telecast for their evening news but for the most part I was alone. 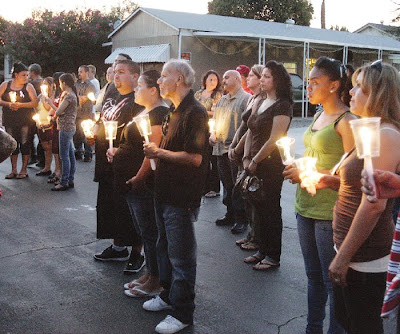 That weekend the family held the first of three candlelight vigils to remember Ramos and we were told the media was welcome to attend. It is sad that I have so much practice covering vigils like this but I headed out in the early darkness and was expecting to join the crowd of reporters and photographers to see the family of the murder victim. No other newspaper or television station showed up, it was just me. I felt awkward and out of place with the lone camera, an intruder in their grief. This was a far cry from the media show of the Cantu vigils. 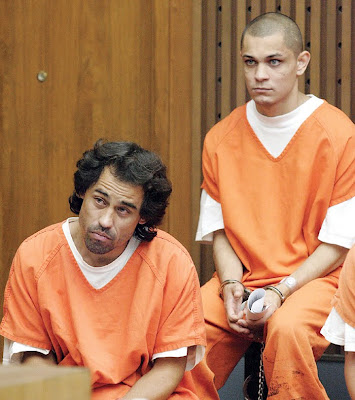 The suspects in the murder had been caught the same day of the killing and I headed out to the arraignment the following week. I arrived early to claim a my spot in the line of media that would be there to get their first look at the accused killer of Ramos. No one else came. Standing outside the courtroom was the Tracy Press reporter, dozens of Ramos’ family, friends and me. I was shocked. 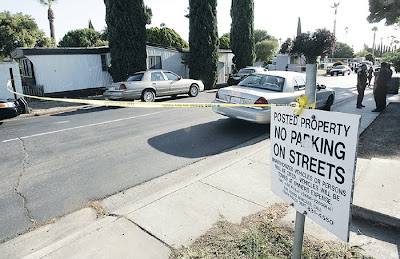 We caught up with a television crew reporter later in the courthouse records office and I asked why they didn’t cover the arraignment. The answer was they tend to downplay murders like this. A 58-year-old woman is beaten and stabbed to death, I just could not figure how that could not be important. I asked another newspaper why they didn’t cover it and the answer was there too many murders for them to cover. Commonplace. Forgotten. It is sad. 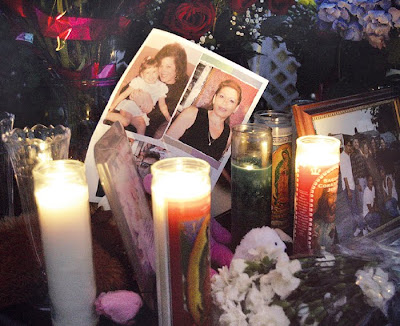 We have covered the story as best we could; the second murder in Tracy is not a commonplace event. Thankfully we don’t live in a sewer like Stockton where four people are murder in one week and that is just considered the way it is. I sometimes wonder if the Ramos family thinks we in the media don’t care about her death, maybe she wasn’t special enough or a big enough story. One life lost is just as precious and a sad story as the next. I am not sure why the other media have sloughed over her plight. I know Ramos is not forgotten by family and friends and even if the story falls from the pages it is still written in our hearts and minds.
Posted by Glenn Moore at 11:34 PM

Thank you Glen, for portraying the tragedy of my mother's death with the importance it deserves, while also expressing your compassion for the loss of ANY human life.
Sincerely,
Christina Barnes
(Cindy Ramos' Eldest Daughter)

Wow. Glenn, I must say that article was so well written and could not have been better articulated. I have tears in my eyes as I just came across this article and read it along with my sister. I am the youngest daughter of Cynthia Ramos, the murder victim you speak of in the article. And you are correct, she is "Not Forgotten". This phenominal woman and loving mother of six, grandmother to eleven, and soon to be great grandmother to the great grandchild she was so excited about but will never see...is someone who is so dearly missed by the many people she touched and helped with her genuine heart of gold. A part of her will always live on through the love she love she instilled in all of us. We are all devastated by this haenous act and appreciate your acknowledgment and insight you so kindly state in this article. This was a senseless act and a beautiful life taken from a family that loved her as much as she loved us, and it is that love and one another that is giving us the strength to somehow get through this. We invite you to visit the website we have created in her honor at www.inmemoryofcindyramos.com Thank you for writing such a well stated article in honor of our Mother. She will never be forgotten. Thank you.

I am sorry for your lost...I was searching my name as I came across this tragic story that ripped my heart apart...viewing your photos, reading your poems had me in tears...I didn't know your mom, but she seemed beautiful and full of life...All the best on your journey without your protector but know that she will always be there.... Respectfully, Cindy Ramos