It's a small world 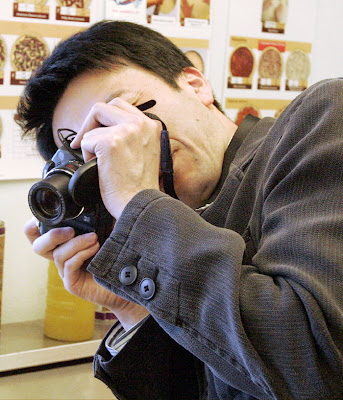 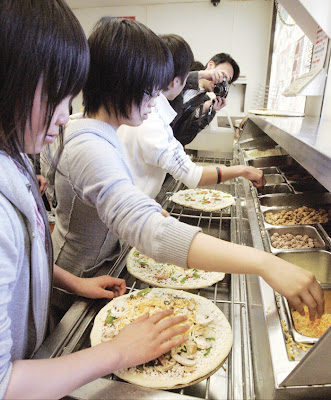 We may be from oceans apart but is funny how people are pretty much the same. I was photographing a group of students visiting from our sister city of Memuro, Japan and I knew I would be facing some hurdles.

First there is the language barrier. I don’t speak a lick of Japanese but thankfully there was a translator. The students were friendly, some understood my crude attempts to get names and information and I was expecting other problems from the inevitable clash of cultures. But oddly enough I found some common ground with one of the visitors. I found the group photographer.

Yoshi Kubo is traveling with the group as one of the chaperones but he was also pressed into service as the group’s photographer. Sporting a Canon Powershot S3 he was working side by side with me as we shot the students trip to the Domino's Pizza store for a tour.

We took turns leaning into the group to capture them as they worked creating their own pizzas. Between pictures we struck up a conversation of sorts comparing cameras. He recognized my Canon Eos 1D Mk II as professional camera. We talked a little and then it was time to head off to the next assignment.