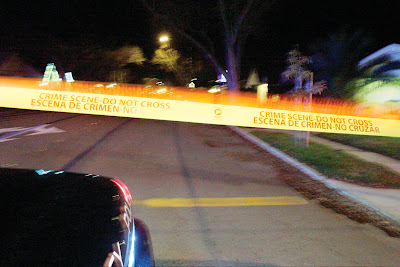 Shivering in the middle of the Holly Drive and Eaton Avenue intersection I watched as Tracy Police officers followed a trail of blood along the sidewalk charting the curse of a victim of a stabbing as he tried to flee the attack.  Another senseless act of violence and  gang related. 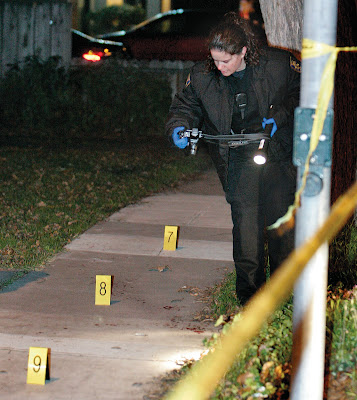 Last night's stabbing may have been retaliation for last week's drive-by shooting on north Holly Drive where a teen was shot in the back.  That shooting may have been in response to an earlier shooting.  The hate and violence keeps going on and on.  It is a only a matter of time before an innocent bystander is caught up in this violence. 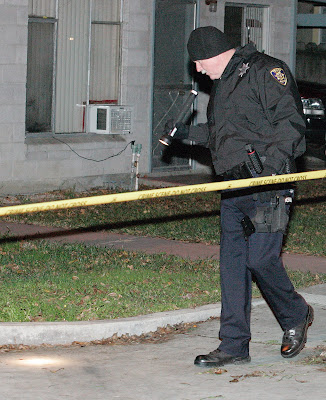 Driving to work the other day I saw a group of men dressed in red flannel standing in the rain watching traffic go by.  I know this sounds like profiling but my first thought was they were gang members watching for their next victim.  I know that sounds harsh but in light of the week's events it seems true. 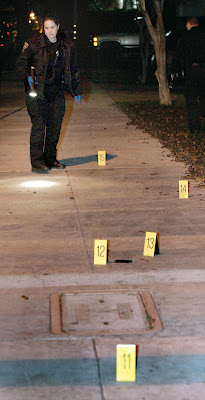 I remember riding with the Tracy Police during their gang suppression efforts.  It quited the violence that had begun with random shootings and ended in the murder of a man on his 21st birthday.  Maybe a return to those patrols would help quell this outburst of gang violence. 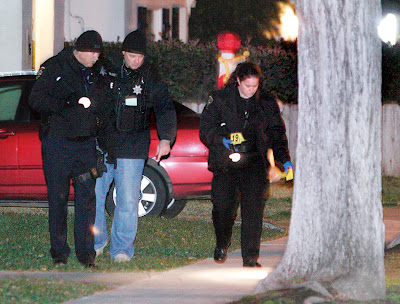 Someone told me the problem is that the gang members have no moral compass.  I agree they have concept of right or wrong or the consequences of their actions from pulling the trigger to thrusting the knife blade.  I am not sure what it will take but we need to break the cycle of gang violence soon before it spills more blood. 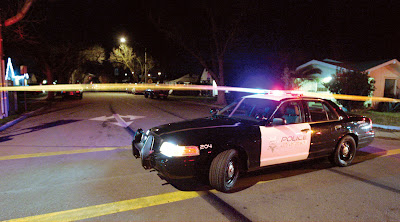