The Year In Review: The most hated photo of the year 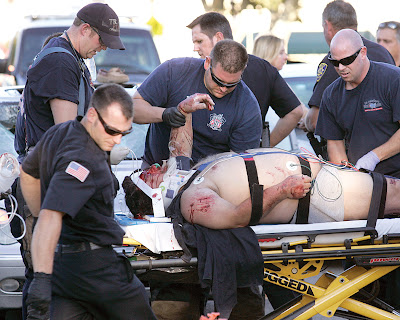 When I shot this photo I knew I had put my self in a bad spot.  A man had been struck and critically injured by a car as he was riding his bike down 11th Street.  It was the second time in less than a week that there had been a serious car accident in that general area of Tracy roadway.  I knew the photo of the victim, bloodied nearly naked on the ambulance gurney would not be popular but I was surprised how hated it became. 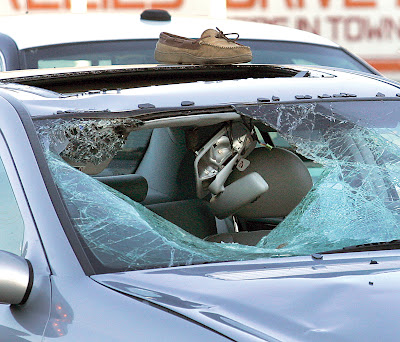 In case you don't know the general rule of spot news photography is you don't edit in the field.  I don't stop and ponder "is this photo inappropriate, is it too graphic?"  Editing such as that is better left for the newsroom.  Just because I shoot a picture does not mean it will run in the paper or appear online.  This photo did appear and drew the ire of many readers and family members of the victim. 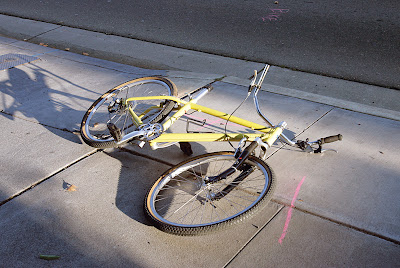 It is not often I am vilified at work but this was one of those occasions.  The bright spot is no one showed up at the paper with pitchforks and torches.  Would I take a photo like this again in the future?  probably I would.  It was a horrific accident and demonstrated the dangers of drivers on 11th Street who use the road as their own personal drag strip with no regard for other drivers or vehicles.  On a sad note the last we heard about the victim of the crash is he was still in the hospital in a coma from his head injuries sustained in the crash.
Posted by Glenn Moore at 5:33 PM

You might want to look at the police report before accusing some one of using 11th Street as a dragstrip. You might get a correct view of what happened.

Well I have driven 11th Street enough to know the speed drivers going down the road is an issue.
But if you say speed was not an issue on this accident then I guess it was failure to yeild to the bicycle rider a poor job of driving on 11th Street and almost killing a man.