The Year In Review: Bombs away 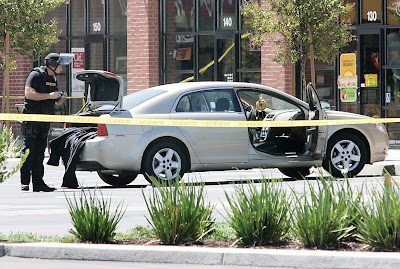 It was a fun time this year chasing scanner calls of shootings, fires and murders.  But I had two calls that I don't see a lot.  Twice I found myself photographing the San Joaquin County Sheriff's Bomb squad as they had a report of an explosive device in Tracy. 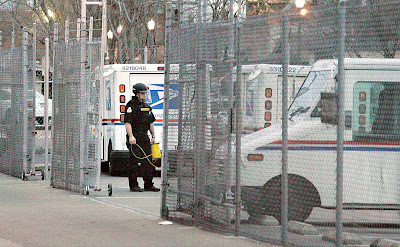 the First call was odd, a report of a suspicious package left at the post office.  Bomb Squad officer blew up the device only to find out it was some kind of barbell exercise equipment.  I figured some Ebay buyer was going to be very upset with his winning bid. 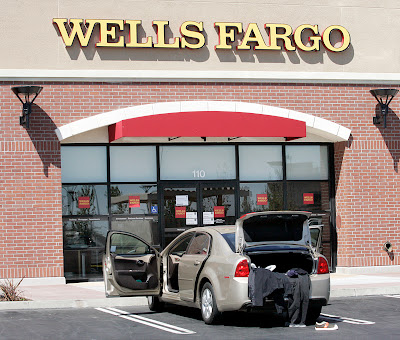 The second was a little more serious as a man caught trying to pass a bogus check at a bank was found to have some kind of device in the trunk of his car.  The item looked like a tube with a fuse and the result was a an evacuation of the shopping the bank was in as officer tried to figure out what it was. 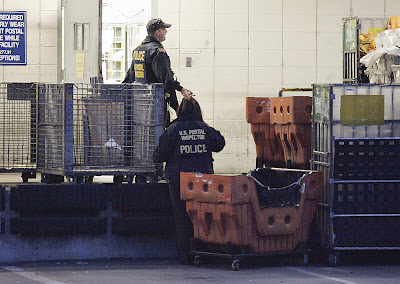 After a few x-rays of the object it was thought to be a smoke bomb and the device was removed and taken to the police firing range to be detonated.  No one was injured but it was quite the scene with television crews, reporters and onlookers gathered behind the crime scene tape. 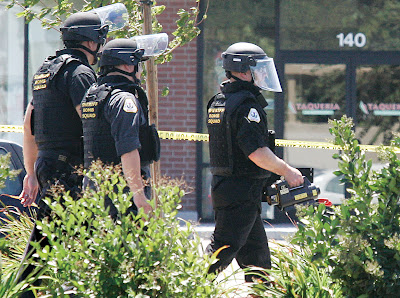 Two bomb scares none of them real and and at least I got to hear one pretty cool explosion.
Posted by Glenn Moore at 4:45 PM