On wings of Angels 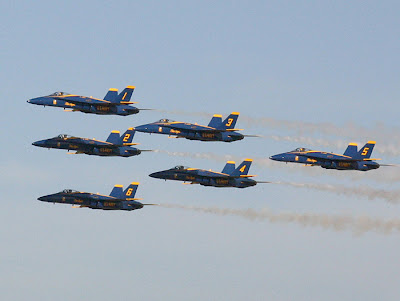 It was with sadness today I heard the reports of the death of a U.S. Navy Blue Angels pilot today at an airshow in South Carolina.

I have been to been many airshows and I have had the opportunity to watch and photograph the Blue Angels several time as they fly in their Boeing F/A 18 jets. It is a thrilling performance and leaves the crowd in awe of their precision flying as they push their jets to the edge. 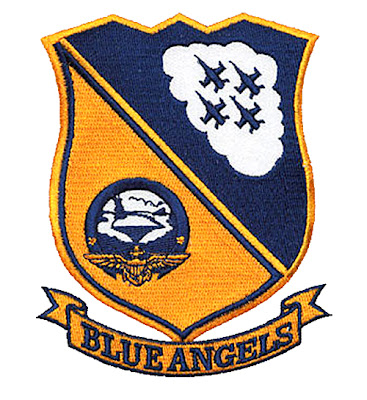 It is a dangerous job as they fly their jets at distances of sometimes only 36 inches between wingtips and canopies. It is a demanding mission, one they volunteer for and are proud to bear.

The “Ambassador in Blue” as they are called the elite of fliers in the Navy as are their counterparts in the Air Force, the Thunderbirds. 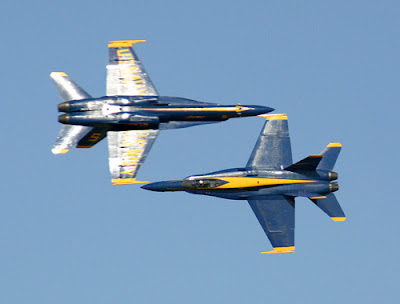 I have held my breath watching their performances as the defy gravity in their aerial ballet trailing smoke to mark their path across the sky. It was terrible to hear about the crash as I consider them the best aviation performers I have ever seen. It is a sad moment for the pilot's family, colleagues and aviation fans everywhere. A sad day indeed.
Posted by Glenn Moore at 8:46 PM