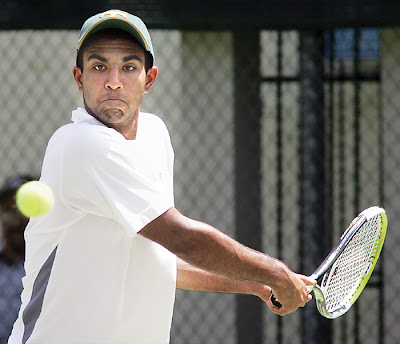 I was assigned to cover the league tennis finals in Stockton today and I had some serious thinking to do. The assignment was scheduled to be the main art for the sports page but I was only going to be shooting one player vying for first place. How many pictures can I shoot of one player and make them look different? 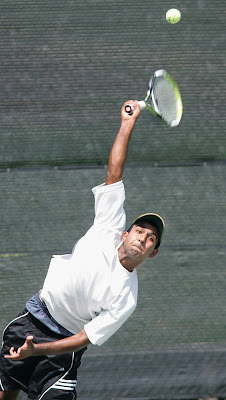 I took my 300 mm lens with the 1.4x extender and set up for some action shots. The court I was photographing the players at had a nice set of bleachers if I wanted to try some high angle shots. The two court ends were lit very differently, one very dark the other a nice neutral tone. Metering would be an adventure but at least the backgrounds would not be distracting. 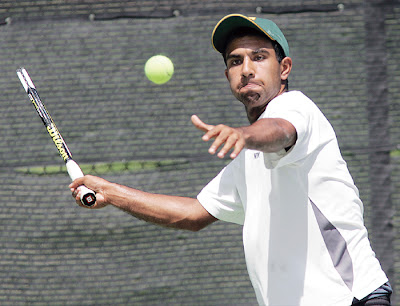 For most of the shots I worked from the mid-court position about halfway up the bleachers. It gave me a very tight shot of the player from the baseline to a real close-up if he charged the net. Shooting at no more that f. 5.6 blurred the background as much as possible.

I had some nice stuff, a variety of back and forehand action along with a nice serving shot. Just for a different look I switched to a wide zoom and tried to get a shot of him running around the court. Light poles along the court were a big nuisance but I did manage one descent picture of a volley at the net that showed more of the court and his body motion.
Posted by Glenn Moore at 8:58 PM