The Year in Review: Coming down 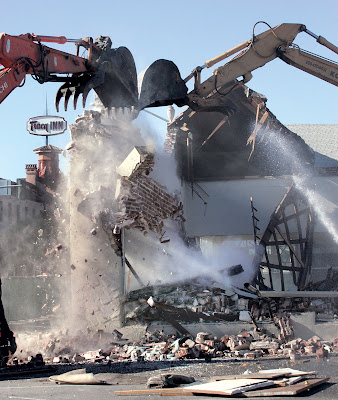 The building that resided at the corner of 11th Street and Holly Drive had long been an eyesore.  it was kind of a surprise when I heard it was slated for demolition but I knew it would make for some great photos. 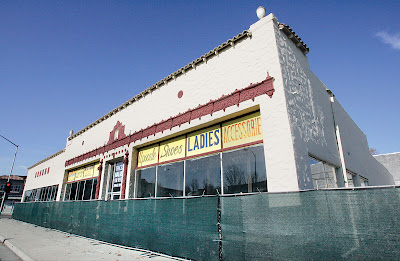 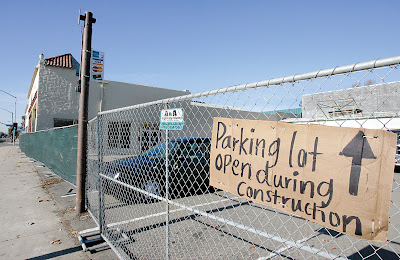 The Levand Building as it was known as by the old-timers in Tracy had stood on the corner since 1914. The building had been home to a service station, car dealership, furniture store and most recently a bad mini-mall.  The building was in poor shape, out of building code and was in dire need of razing.
On Tuesday a pair of excavators went to work pulling the brick and stone building apart. 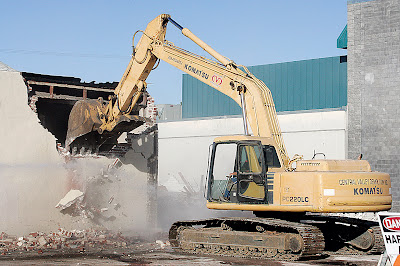 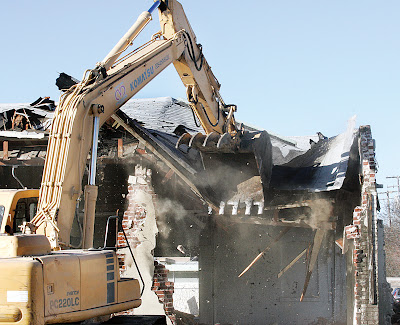 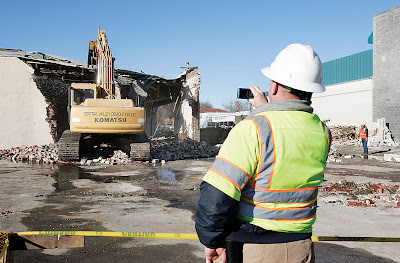 It was kind of like the old West Building demolition at Tracy High, even though the building was dilapidated it didn't want to go down without a fight. The building had a series of massive wooden trusses that were in surprisingly good and tough shape. 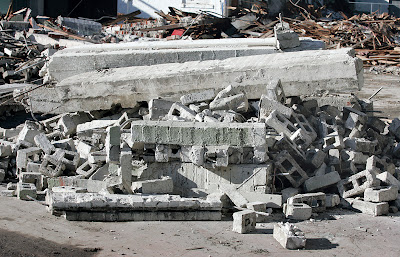 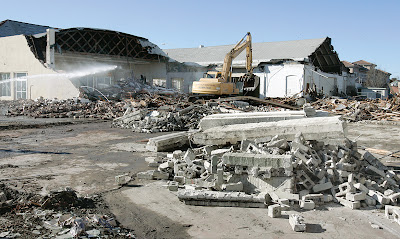 When the excavator tugged to take them down one at a time all you could hear was the loud pops and groans as the wood resisted the excavator's advances.  Finally with a loud crack it broke free dropping down to join the pile of rubble forming in what was the main building. 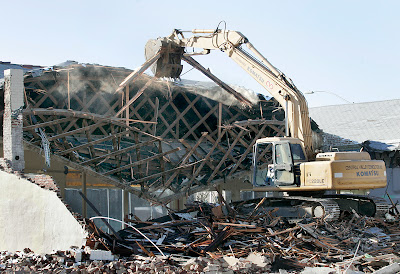 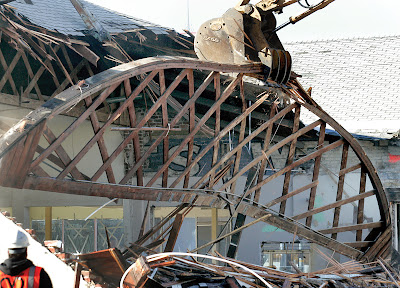 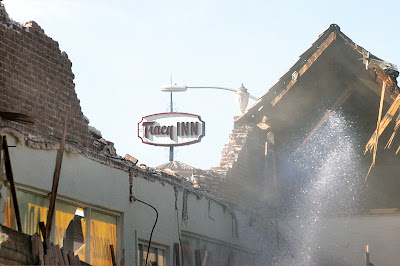 The front wall demolition drew 11th Street to a standstill as the road was closed in both directions.  there was a fear that the wall may become unstable as ll the supports were removed and it could tumble into the street.  One excavator put pressure on the wall pushing it in toward the center while another tore away the last roof supports.  With a cloud of dust and decayed mortar the brick collapsed and the walls of the downtown landmark were down. 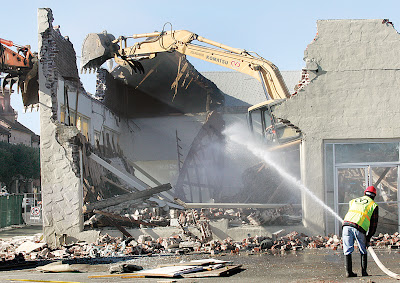 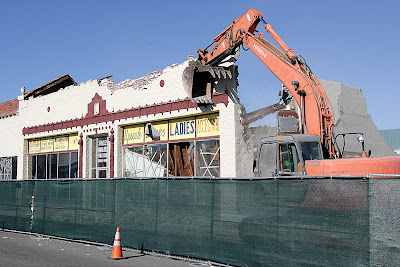 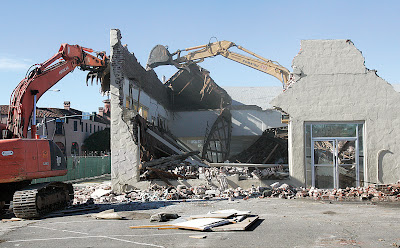 The demolition took almost two days and about three days to remove the piles of debris left in the demolition's wake.  I'm not sure what is scheduled to go in the building's place but anything will be better than the building that sat vacant drawing dust and graffiti.  it was sad in some ways to see the building  come down but it is great knowing it is a step in removing some of the blight in downtown Tracy.
Posted by Glenn Moore at 4:32 PM