The Year in Review: Hot times 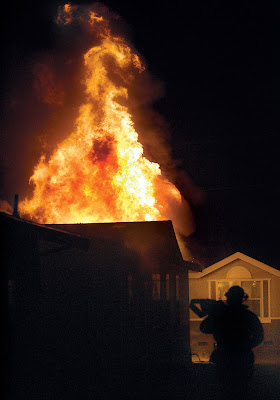 Two fires really heated things up for me on assignment. A structure fire on Kavanagh Avenue and an arson fire at the North School playground lit up the night sky for pictures. 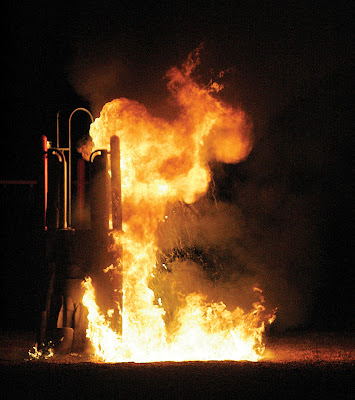 The first fire was a fire that set two mobile homes ablaze.  I wasn't too far away so I actually made it to the scene before some of the fire crews. 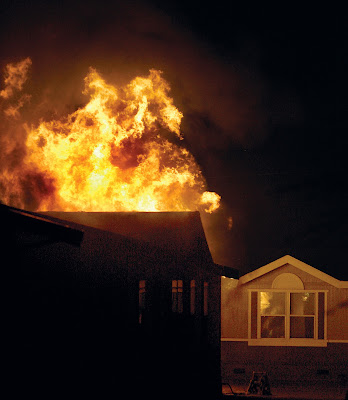 Flames were shooting up off the roofs of the homes making for a dramatic picture.  Several people were left without a home because of the fire but fortunately no one was injured. 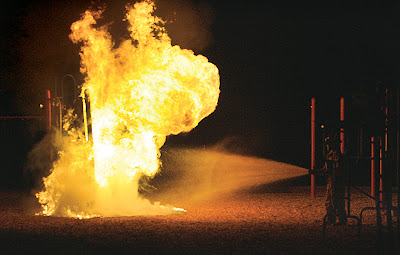 The second fire was an arson at the North School playground.  The first scanner call was for a vegetation fire on the school's playground.  Knowing that blacktop doesn't burn I guessed someone torched the children's playground equipment. 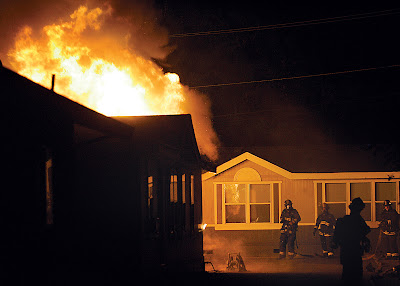 Pulling up to the school I could see the flames rolling off the plastic rock climbing wall. Crews brought the fire under control quickly but the damage was done and children were left without a place to play. 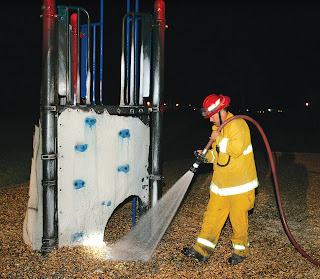 The two fires were the most spectacular ones I covered this year.  The grass fire season seemed short and without too much incident so I ended up getting the flame photos here.
Posted by Glenn Moore at 5:50 PM